The fire service problem space always changes. Today it is changing faster than ever before. Construction is optimized, creating fragile buildings; Contents burn hotter and quicker; Homes are built closer together. The operation tempo must speed up, pushing us into the 4th generation of firefighting; command NOT control.

The 4th generation of firefighting is a natural progression, building on and learning from prior generations.

1st generation produces aggressive interior firefighting and small team coordination. We quickly learn that a growing fire is so powerful we only survive as teams. However, large scale coordination was not possible due to a limitation in communication technology, so most coordination is face to face or intuitive. Focus is outward. Decision making is local. Initiative is prized over everything. OODA loops* are fast but limited to the crew. Communication is face to face. Crews are held responsible for how well they coordinate.

The need for incident wide coordination beyond small teams drives the push for more radios, seeding the 2nd generation.

The ability to communicate with anybody anytime naturally feeds expectations that an incident commander (IC) should “command and control” all units on scene, creating the 3rd generation.

3rd Generation: Command and Control by the book

The reality of commanding and controlling everyone during a chaotic scene proves to be impossible without an established scrip. To remedy this, we create standards such as an Incident Command System (ICS), standard operating guidelines (SOGs), and standardized terms. Standardization brings fire ground accountability, cleaner radio traffic, increased coordination, and the plausibility of command and control. Decision making is centralized. Obedience is prized over initiative. OODA loops slow down. Communication is pumped through a single point, the incident commander. 3rd generation fires tend to sound great over the radio, but radio traffic does not always align with the reality of the incident. Commanders are held responsible for the method but never the results.

Unfortunately, standardization also creates a phenomenon known as “by the book” mentality. Innovation is discouraged. The mere ability to standardize everything creates a generation that worships a “culture of order.” 3th generation focuses inward to policies opposed to the outward incident. It bends the incident to meet the orders, regulations, processes, and procedures.

Command and control’s inability to keep up with fast-moving incidents force a pivot to command not control. The faster operational tempos outmatch command and control’s desire to drive every action during a fire. As a result, we learned that an incident commander should be preparing for the next moves, opposed to controlling the current moves. Strict command and control tend to miss the forest for the trees.

The 4th generation learns that the concept of complete “command and control” is a myth. The 4th generation focuses outward. It bends orders, regulations, processes, and procedures to meet the incident. Decision making is decentralized. Initiative is prized over obedience. OODA Loops speed up.

Transition to the 4th generation requires a change in institutional culture, and the transition can be challenging. Defenders of the “culture of order” are numerous and tend to increase with rank. If an organization gets stuck between 3rd generation and 4th generation, it finds itself in a command and control loop. A disconnected IC now has a clean script to read out over the radio despite the direction of the incident. The reliability of a fixed script allows the IC to deviate further from the actual incident than ever before. In other words, the radio traffic can sound terrific while the incident goes off the rails. Maydays are missed because obvious objectives are handed out over tactical channels. Critical tasks go unmet because crews are waiting for an assignment. What should be intuitive and organic is replaced with a strict, strangling structure. In the end, the more disconnected the ICs get, the more command and control is applied. The more command and control is applied, the more disconnected the ICs gets.

4th generation requires flexible leaders who bend to the incident, adapting strategies on the fly inline with incident priorities. We can’t progress to the fifth-generation until all of our leaders evolve past fixed scrips and centralized decision making. 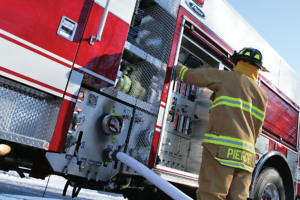 What Are the Job Duties of a Pumping and Aerial Apparatus Driver/Operator? 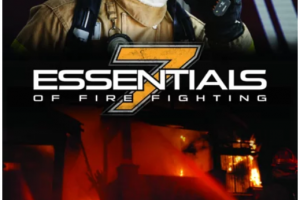 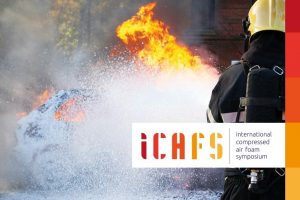 Reducing carcinogens with Compressed Air Foam and other topics during iCAFS

Not a member yet? Register now

Are you a member? Login now